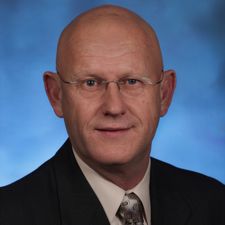 Ken honorably retired with thirty years of service with the North Carolina State Highway Patrol in December of 2012 prior to accepting his current position with FCA. While retiring at the rank of Captain, he managed the Highway Patrol\'s Logistics Section which included the procurement, deployment, and management of the Patrol\'s fleet in excess of 2000 vehicles. During his tenure, he also served on the Dodge Police Advisory Board. Ken is a graduate of the University of Louisville\'s Southern Police Institute and holds an undergraduate degree from North Carolina Wesleyan College in Justice Studies and a master\'s degree from East Carolina University in Criminal Justice with a concentration in Security Studies.