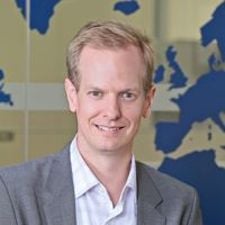 Having begun his career in the Government industry over 20 years ago with the 407 Express Toll Route; Chris has always been involved in telematics by leading several successful intelligent transportation system projects, which involved early adoption stages of telematics at the turn of the century. He transitioned quickly from being within a Government agency using telematics, to being part of the telematics vendor community working with Government groups across North America in successful implementations of their telematics needs; ranging from small municipalities, to large City, Provincial, and State agencies.