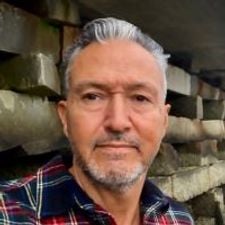 John began his government career when he enlisted with the U.S. Navy, spending twenty-years working in the arms, ammunition, explosives, and physical security fields where he enjoyed a career of diving, parachuting, and the science of explosives.  He retired as a Chief Petty Officer, Master Explosive Ordnance Disposal Technician.

Following retirement, he began his civil service career as a Security Coordinator for the Department of the Navy at the Strategic Weapons Facility Atlantic, Kings Bay GA, supporting the establishment of a waterfront nuclear weapons security program.

Mr. Youhas started his FLETC career as an Instructor with the Counterterrorism Division and later found an opportunity to serve the Office of Security and Emergency Management as a Program Manager where he established the Administrative Security and Security Education & Training Programs. He followed that assignment as the Deputy Chief of Student Services Division and later assumed the duties as Deputy Chief of the Assets and Logistics Management Division where he continues to serve FLETC as the Component Property Management Officer.

John earned a Bachelor’s degree in Criminal Justice (with a concentration in terrorism/counterterrorism) from American Military University.

The organization will share installation of its first 16 EV charging stations, which positions it to plan for electrification of its administrative and support vehicle fleet, electric vehicle support equipment, and solar-powered charging infrastructure. More Info