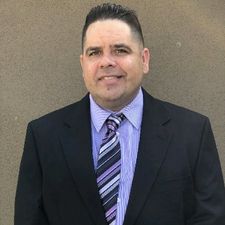 Frank C. Palmer was born in Seattle, Washington and has over 28 years of Fleet experience.

He joined the Navy 1993 as an Equipment Operator and throughout his 25-year career, he completed 15 deployments and 5 Operation Iraqi Freedom / Operation Enduring Freedom Deployments.  He transitioned to be a civilian in July of 2018 and joined the City of Ventura Fleet immediately after leaving Active Duty.

He also served as Executive Advisor to the (CEO) for formulating and executing organizational policies, training, scheduling and management of 580 personnel and $54M+ in operations in the Pacific region, providing construction projects, Humanitarian Assistance, contingency engineering, and emergency response.

He has numerous personal awards and citations, but his crown of awards is watching the folks he mentored underneath his charge, advance, and move on to greater things.  Planting the seed.

Frank is currently the Fleet Supervisor for the City of Ventura which he will tell you his passion is and always will be people; training, mentoring and leading.  His current fleet size is 454 units and recently re-accredited with the American Public Works Association.  He is an active advocate for Veterans.

Innovative Uses: How We Made the Best Use of our Telematics System (Training)

More fleet operations are adopting telematics to better track vehicle maintenance and routing — but are they taking full advantage of all the features of their systems? More Info