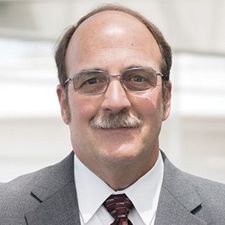 Sam Lamerato, CPFP was involved in fleet maintenance for 42 years and is Lamerato is a State of Michigan Certified Auto and Truck Mechanic & former Master ASE Auto & Medium/Heavy Truck Certified. Sam retired as Superintendent of Fleet for the City of Troy, Michigan, a fleet operation with over 500 pieces of equipment.

Sam has spoken at numerous professional fleet seminars and was Chair of Michigan’s APWA Educational Committee from 1995-2014, educating thousands of fleet professionals in both the US and Canada.

Sam has received numerous professional and personal fleet industry awards during his career including:

How to Prepare for a Fleet Audit

When you work for a government agency, audits are a part of your life. Having a strong foundation and knowing what fleet auditors look for will help you show the value and efficiency of your operation and the readiness of your department to serve your community. More Info