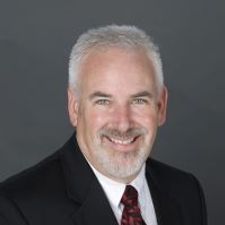 In November 2005, John was recruited by the City of Portland’s fleet operation.  The largest city in Oregon, Portland has a population of over 650,000, covers 145 square miles, and is a vibrant city with a strong commitment to sustainability.  Portland was first to require commercial fueling stations to supply biodiesel and ethanol fuels, and fully supports many alternative modes of transportation.  Portland’s fleet was an early adopter of renewable diesel, electric vehicles, and other clean technologies.

While at the City of Portland, John’s responsibilities included managing 77 employees with over 900 years of combined fleet experience, 7 service and repair shops, 10 fueling stations, 2 mobile fuel trucks, and an automated motor pool.  The diverse fleet consisted of approximately 3,300 vehicles and pieces of equipment valued at over $135 million.  The annual Capital Acquisition Budget was over $18 million and Operating Budget was over $19.6 million.  Services included: fleet management, acquisitions, equipment support, preventive maintenance, equipment repair and services, accident repair/body shop services, fabrication, welding, motor pool, and fueling. Portland was recognized as a quality service provider with competitive prices, which led to providing services to outside agencies.

In 2007, John was certified by the American Public Works Association (APWA) as a Certified Public Fleet Professional (CPFP).  In 2008, he received “The Professional Manager of the Year Award in Public Fleet” award from APWA for outstanding achievements.  John has served on several Boards and Commissions that support public fleet managers including the APWA, the Pacific Northwest Chapter of the National Fleet Managers Association, and Department of Homeland Security (DHS) Sustainability and Efficiency Task Force (SETF).  In June 2014, he was among 10 inaugural members inducted into Government Fleet Magazine’s Public Fleet Hall of Fame, which recognizes fleet leaders and pioneers who have significantly contributed to the profession.

In June 2015, the Government Fleet Management Alliance (GFMA) and the Coalition for Green Fleet Management awarded the City of Portland with highest industry honors as the very first of only two fleets in the nation to be named a Fleet Masters operation.  Fleets must have both a Certified Fleet Management Operation (CFMO) and CLEANFleet certification in order to earn the Fleet Masters designation.  An outstanding achievement by the entire fleet team!

John began his professional career in Fresno, CA in 1977 working with large fleets in the private sector.  In 1987 John joined the City of Fresno Fleet Management Division as a mechanic.  Through the city’s tuition reimbursement program, he studied business at California State University, Fresno.  Moving up the ranks from mechanic to manager, John advanced from working on public sector equipment to building the fleet budget.  In 2004, John’s hands-on experience and administrative knowledge helped the City of Fresno complete the nation’s most rigorous fleet industry certification.  In 2005, Fresno received the Clean Cities National Partner Award for “City Fleet of the Year” by the United States Department of Energy.  In June 2005 John was named the first-ever “Public Sector Fleet Manager of the Year” by Government Fleet Magazine.

How to Prepare for a Fleet Audit

When you work for a government agency, audits are a part of your life. Having a strong foundation and knowing what fleet auditors look for will help you show the value and efficiency of your operation and the readiness of your department to serve your community. More Info