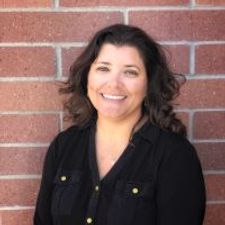 Jennifer “Jen” Brown, MSL joined the Flagstaff Police Department in 1995 as a part‐time high school student employee in the Records Division. After graduating high school, she became a full‐time tenure employee as a Records Clerk. Jen was intrigued with the Communications center and became a police/fire dispatcher for five years. After the five years, Jen was promoted to the Evidence Division. While working in evidence, Jen assisted other divisions to alleviate short staffing allowing her to understand all parts of the civilian side of the house. During this time, Jen was promoted as the Support Services Supervisor which allowed her to pursue her passion with police fleet. She was then promoted a year later to the Support Services Manager position in 2013. Jen was successful in transitioning the current Ford Crown Vics to the new Ford Police Interceptor Utilities, continues to serve on the Ford Police Advisory Board and assisted with the implementation of body worn cameras/policy to the agency. In May 2020, Jen was hired by the Coconino County Sheriff's Office to work as the Communications/Information Systems Manager. In October of 2021, Jen accepted a position with Public Works as the Fleet Services Supervisor.

Jen has accomplished a Bachelor’s degree in Public Safety Administration and a Master of Science in Leadership at Grand Canyon University in Phoenix, AZ. Jen has completed the Arizona Leadership for Police Organizations and the Flagstaff Leadership Program. She continues to serve on the Ford Police Advisory Board and enjoys continued education to learn about fleet and the upcoming electric vehicle platforms. In her spare time, she enjoys spending it with her family, exploring the outdoors and hiking the Arizona Trail

Roundtable:  How to Improve Customer Service

Fleet departments are nothing without the clients they serve — yet many operations don’t prioritize customer service. Learn how to communicate effectively with user departments, what communication tools you can use, and how training fleet staff on the importance of customer service makes everyone’s jobs easier. This presentation is followed by a 30-minute open discussion, where attendees can ask questions of the presenter and learn from their peers. More Info