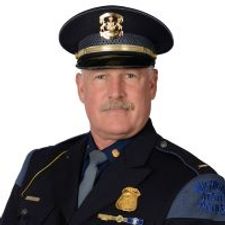 Lt. Michael McCarthy is a 27-year employee with the Michigan Department of State Police.  After trooping for 17 years, he was assigned to their Precision Driving Unit where he held the ranks of Sergeant and Lieutenant.  Lt. McCarthy was trained as an Emergency Vehicle Operations Instructor in 2005.  He has participated in the Michigan State Police Annual Police Vehicle Evaluation since 2007 and has been responsible for the testing program since 2017.  He was additionally trained as an Evidence Technician, Accident Investigator, Defensive Tactics Instructor and Field Training Officer.  He spends his off-duty time as a hobby farmer caring for four horses, two dogs, and at least two snapping turtles which live in the pond next to his house.

While in the exhibit hall, drop in on one of our micro-training sessions. Designed to get straight to the point in a less structured setting, these presentations will feature maximum take home value. More Info