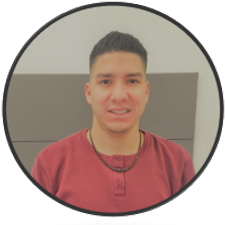 Donnie began his career with the City and County of Denver Fleet Management Division 17 years ago as an entry level Fleet Technician. As Donnie knew he wanted to grow with the City and expand his skill set, he got to work and began rising through the ranks. Donnie was promoted to Fleet Technician III and then Supervisor but decided he wanted more and chose to further his education by receiving a Business Degree from the University of Phoenix. When the opportunity for Management became available, Donnie was ready and is now the Fleet Operations Manager for over 2400 pieces of equipment, seven shops and eight fueling stations, including a CNG fueling station. Donnie partnered with several stakeholders to implement a new Telematics program that will be installed in 100% of the Fleet by the end of 2022, compared to 75% at the present time. Telematics has helped the City identify assets that are potential candidates for EV replacements, Geo-location, and routing, along with the City’s infrastructure needs. Partnering with Safety, Risk and our Performance Office, Executive Order was changed, and a Driver Behavior Modification Program was created to identify unsafe driving trends with coaching opportunities while rewarding drivers with Safe Driver and Team incentives and recognition. As a result of the Telematics program, our CO2 emissions have been reduced by 2.7% per year. As we currently maintain 1645 drivable units which includes EV’s and PHEV’s with 51 charging stations and infrastructure for an additional 28, we continue to strive to do our part to reduce emissions and look for alternative fueling sources.

Telematics In Use: Case Studies in Effective Use

The big picture with telematics is that it can help reduce liability, improve maintenance, and yield savings — but that’s only if it’s used effectively. More Info