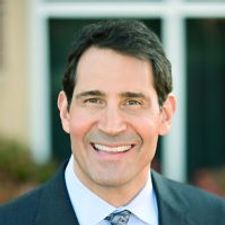 Andy Papathanassiou became NASCAR’s first pit crew coach when hired by Hendrick Motorsports in 1992, as an original member of Jeff Gordon’s Dupont #24 race team.  His philosophy and views as an outsider to NASCAR ultimately shifted the paradigm of how pit crews recruit, select and develop team members. Previously, pit crews were comprised of mechanics who devoted little time to practicing pit stops - relying instead on their vast, individual knowledge of car building and racing experience.  After a 30-year racing career, with over 250 wins and 16 series championships, Andy speaks, conducts experiential events, and consults around high performing teams, transformative leadership, culture, paradigms, disruptive thinking and athletic mindset.

Pit crews operate in one of the most dynamic and demanding teamwork environments imaginable. In racing, like in business and in life, there are no guarantees. Make one mistake that's too big or at an inopportune time and your day at the race is over - you go home while the race continues on without you. Over his career, Andy's team building techniques and Over The Wall philosophy have transformed the paradigm of how all NASCAR pit crews operate. More Info