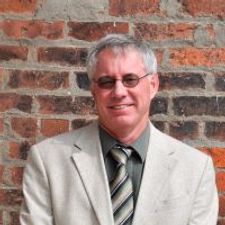 Director of Fleet Operations | City of Fort Wayne, IN

Larry has managed fleet facilities for over 40 years, private sector and municipalities. During his career he’s been in charge of organizations with multiple facilities and has overseen construction of three facilities. Managing public fleets for 29 years.  Currently the City of Fort Wayne Fleet Operations Director, Larry manages the City of Fort Wayne’s fleet with over 2,300 units. Been listed in the Leading fleets since it started as high as #2. Other awards Nominated for fleet manager of the year several times and was in the top three finalists for 2010. Named Government North America Fleet Manager of the year in 2012; Inducted into the Public Fleet Hall of Fame in 2014.  Larry also volunteers in the industry with the Indiana APWA board,  as an officer on the Greater Indiana board since 2004,  and formerly on th National APWA Board for Certifications fleet representative for 6 year and the Ford Police advisory board for five years.

Steps to Fleet Certification: A Workshop on Getting and Keeping the CPFP

The Certified Public Fleet Professional designation from the American Public Works Association (APWA) recognizes the seasoned, career government public fleet manager, and those with experience in the field who are interested in a credential that will promote a career in public fleet management. This workshop will cover the benefits of obtaining and maintaining the CPFP certification, tips to getting one, and how to keep your certification. More Info